The Myth of Ape to Human Evolution

Ape to human evolution is not an accurate thought. Instead, apes and humans have a common ancestor, which I cover on a different page. With the discovery of Ardipithecus ramidus we know more about that common ancestor than ever.

I want to take this page to explain some terminology so that we understand why scientists say it's not ape to human evolution, but humans descended from primates.

Apes are divided into two groups, greater and lesser apes. The greater apes include only gorillas, orangutans, and chimpanzees. The lesser apes are the various genera and species of gibbon. 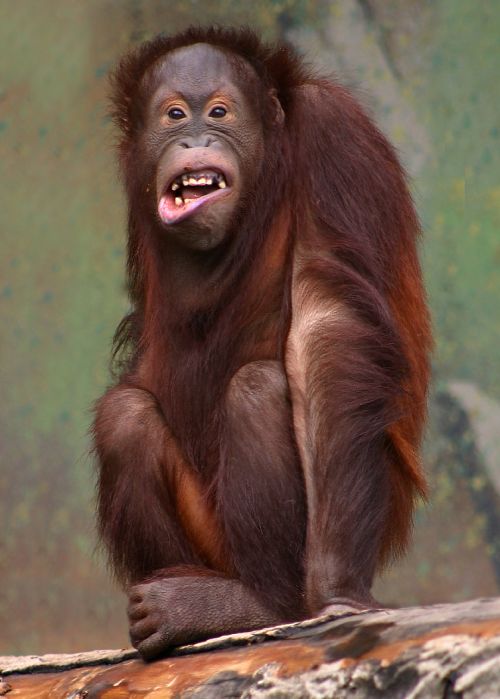 Apes all have no tails; monkeys do have tails. So the distinguishing feature of apes, at least to the eye, is that they have no tail. As a result, you can find descriptions of the great apes that include humans.

It's my opinion that this terminology is part of the emotion of the creation vs. evolution debate. There's a big difference between humans and the other apes: brain size, lifestyle, bipedality, and numerous other rather significant differences. It's important to have a term that distinguishes the great apes from humans.

Again, though, we are not talking about ape to human evolution, but about a common ancestor that was neither ape nor human.

Humans are hominids. Again, not long ago, it would have been only humans that are hominids. Now, because chimpanzee and gorilla DNA has been shown to be closer to our DNA than orangutan DNA, all the great apes are included in the term "hominid."

As I said above, we still need a term that fits humans only, as we are different from the great apes. Hominin has turned up as a replacement for hominid. One web site I saw distinguished the terms hominoid, hominine, hominin, and hominan, and allowed that only hominan was limited to humans and their evolutionary ancestors.

Such terminology is annoying, unclear, and ineffective, and I believe it's simply the product of emotion as evolutionists try to lump man together with apes in response to the creationists.

I have to say, it was a delight to look up the definition of primate. There are all sorts of physical characteristics that indicate that a creature is a primate, but really one stands out: primates have opposable thumbs.

The pictures of so many little furry animals with opposable thumbs that I found in my research were simply delightful. Check out this one, for example: 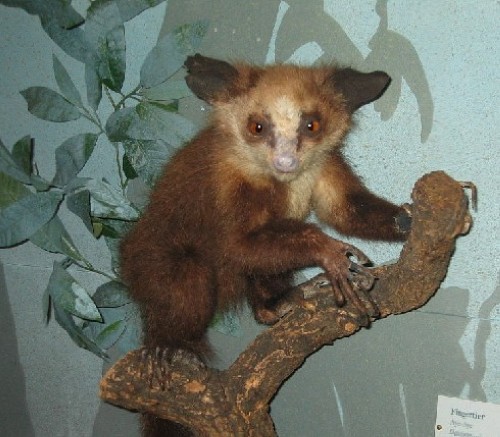 That one is from Madagascar, and it's called an aye-aye. This next one is a red-bellied lemur: 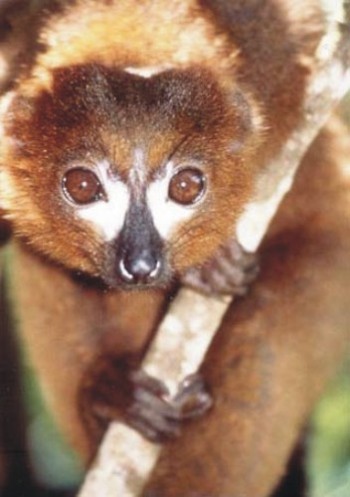 Finally, here's a ring-tailed lemur. This little lady, like most primates, has four hands. What a cutie! 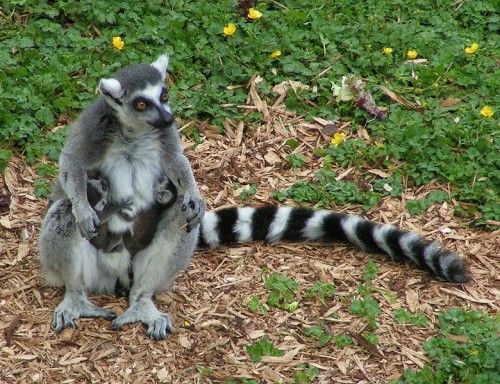 Back to Ape to Human Evolution

Our last common ancestor was likely a primate, neither ape nor hominid.

Fitness for Fat Guys Over 40

If you want to keep at it … This is how.

Until the study of Ardipithecus ramidus was completed, scientists believed something quite similar to ape to human evolution. They thought that seemingly primitve ape traits, like knuckle walking and large canines, would be found in our common ancestor as well.

DNA studies indicate that we separated from chimpanzees, our nearest relative, around 5.4 million years ago (mya). Ardipithecus ramidus gives us a picture of the line of hominids, to which we belong, dating back to 4.4 mya, only one million years later than our last common ancestor with chimps.

"Ardi," as the only partial skeleton of Ardipithecus is affectionately known, neither walked on her knuckles nor did her males have large canines. It is now believed that at least knuckle walking, and perhaps the large canines as well—used to fight with other males over females—evolved separately on the ape lineage.

Thus, ape to human evolution did not happen. Instead, we share a common lineage through some earlier primate.