If feeble man can do much by his powers of artificial selection, I can see no limit to the amount of change, to the beauty and infinite complexity of the coadaptations between all organic beings, one with another and with their physical conditions of life, which may be effected in the long course of time by nature's power of selection. (Charles Darwin, On the Origin of Species, ch. 4) 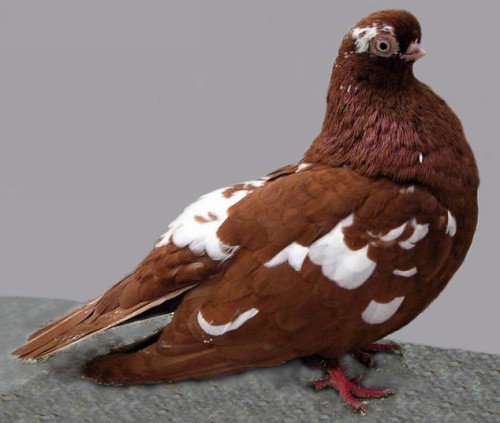 Artificial selection is a term coined by Charles Darwin to describe evolution in animals that has been produced by man. As an example, the variation in dogs has been especially great. Man has produced everything from chihuahuas to St. Bernards from a few species of wild dog.

The key is man's power of accumulative selection: nature gives successive variations; man adds them up in certain directions useful to him. (Darwin, Origin of Species, ch. 1)

But let's look at the domestic pigeon, commonly bred in Great Britain, because that is what Darwin himself chose to specialize in.

The Power of Artificial Selection 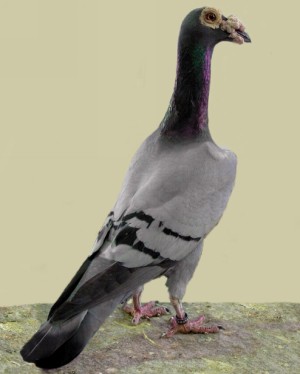 Artificial selection allows rapid changes in a species. This is because man has one power which nature does not. Man can ensure that an animal breeds with only those animals that will preserve a beneficial trait.

To understand that, in nature an individual may possess better eyesight or stronger muscles, but it will not necessarily mate with another individual of equal caliber. as a result, many beneficial traits are likely simply lost to the species. Not so with man. Man has the ability to prevent his domesticated animals from mating with animals that he has not chosen.

These rapid changes give us the ability to see how far evolution can go in just a few thousand years.

Charles Darwin lists the type of changes that breeding has produced in pigeons: 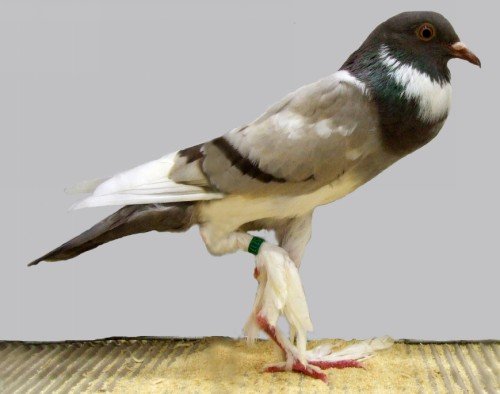 I don't know about you, but I find these to be remarkable differences. Even the number of vertebrae and ribs differ! Sexes have begun to diverge from one another!

It's so remarkable, that it had an effect on naturalists in general, whose job it was to classify animals. That effect had a lot to do with spurring Darwin's thinking on natural selection (or evolution] … 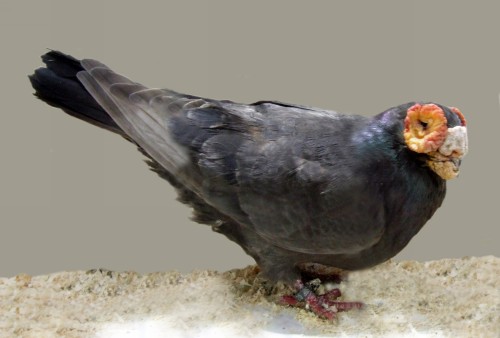 It was the job of a naturalist in his day to classify organisms. If the naturalist felt that the organism and its relatives were unique enough to be an independent creation of God, then they were classified as a species. If they were so similar to a different type of organism that one seemed to have descended from the other, then they would be classified as a variety.

Darwin found it impossible to determine which was which.

And he noted that most other naturalists did, too, as evidenced by their rampant disagreement with one another on the subject. 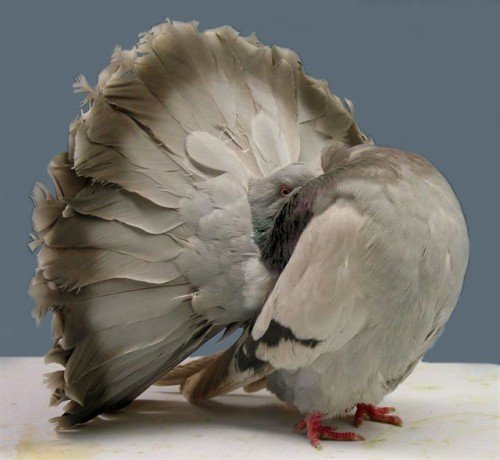 Artificial selection confirmed the reason for the problem:

Altogether at least a score of pigeons might be chosen, which if shown to an ornithologist … would certainly, I think, be ranked by him as well-defined species. Moreover, I do not believe that any ornithologist would place the English carrier, the short-faced tumbler, the runt, the barb, pouter, and fantail in the same genus. (ibid., ch. 1, pictures on this page are for your reference)

Genus is the next class above species. Not only would an ornithologist have placed these birds—known to be related by descent—in separate species, he would place them in separate genera [plural of genus].

If artificial selection can produce genus-level changes in a couple thousand years, then how much change could be produced by natural selection in hundreds of millions of years?

"I have been a biologist for a long time, and I hope I never stop getting shivers in my spine when I think about the beauty of how we come to know things in biology.

Biologists make predictions, then they go out into the field or the lab to see if their predictions hold up. When hundreds of predictions of this sort are fulfilled, a theory reaches the point where it becomes certain, at least on a broad level. And that is where we are with evolution."