For Those Who Love God's Creation

Are you a Christian running across proof of evolution? Are you struggling with how to reconcile that with the Bible?

On this site, I will discuss:

I don't believe there's any reason to resort to lying, deceit, or intellectual dishonesty. God made everything! And his handiwork, according to the Bible, shows his glory; it does not take away from it!

In other words, God doesn't need us to protect him from proof of evolution. He certainly doesn't want us to lie in his defense. He can take care of himself. 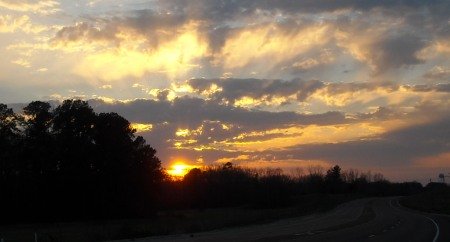 The heavens declare the glory of God!

The heavens declare the glory of God
The sky displays what his hands have made
One day tells a story to the next
One night shares knowledge with the next
Without talking, without words
Without their voices being heard
Yet, their sound has gone out into the entire world
Their message to the ends of the earth
– Psalm 19:1-4, God's Word Version

This, so far, is my favorite debate illustrating why the evidence is overwhelmingly on the side of evolution. Ben Waggoner was tricky, but there's a good reason for it.