Born in 1880 in Berlin, Germany, Alfred Wegener was a passionate man in search of the truth. Wegener is most well known for his continental drift hypothesis (1912), which eventually led to the modern science of plate tectonics. He accomplished many notable feats and achievements in his lifetime. 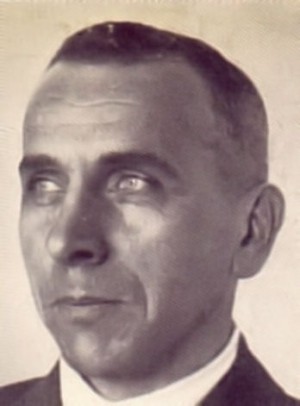 Alfred Wegener received his Ph.D. in astronomy in 1905. Wegener was also a brilliant scientist in many fields, including geophysics, meteorology, astronomy, and climatology. He pioneered the use of balloons to track weather currents. He and his brother set a world record by staying up in a hot air balloon for 52 hours, and gave a series of lectures ("Thermodynamik der Atmosphäre") in physics that became the standard meteorology textbook of his day.

Then he went on a number of expeditions to Greenland to study arctic air currents, one of which was the first expedition party to ever spend the winter on the mid-Greenland ice. From his meteorological observations, he hypothesized the existence of a layer of the atmosphere that would later be discovered and named the ionosphere.

He was not only fearless in pursuit of his passion, he continued forward on an expedition in -76 degrees F (-60 degrees C) weather, when almost all of the native Greenlanders turned back. Unfortunately, this trip caused his death from a heart attack, due to the strain.

The Continents Must Drift!

In 1910, upon examining a new map that included African and South American coastline research data, Alfred noticed that depth features for corresponding coastline contours of the two continents matched, but did not have time to think about it much until later, in 1911, when he read paleontological evidence of creatures existing on the two continents that could not possibly have crossed the vast ocean distances.

Wegener began a systematic study of paleontology, oceanography, geology and geophysics, including the current theories that were used to explain the origins of the earth's geography and topography (like sunken continents). He quickly ruled these theories out based on the evidence.

Alfred Wegener in Greenland in the winter of 1912-1913.
Public domain; Courtesy of Wikimedia Commons.

Alfred Wegener hypothesized that the coastlines must have once met, and had a number of possible explanations. His best explanation, that the continental movement was caused by the centrifugal force of the earth's rotation combined with changes in the angular momentum due to regular, measurable changes in the earth's axis tilt, was later proved wrong. The force was too weak to account for the changes. His other ideas did not yet have enough scientific evidence to test any of them adequately.

Hypothesizing that all the continents had once been one large super-continent that had been broken up and drifted apart, Wegener coined the word "Pangaea" to describe that ancient land, from Greek, meaning "all earth."

Alfred Wegener published his work in 1925, but until the 1950's, his continental drift hypothesis was not well accepted, and usually opposed as far-fetched. By the 1950's and 1960's, however, new studies in paleomagnetism, geology and other disciplines were rapidly accumulated that overwhelmingly supported continental drift and led to the modern science of plate tectonics.

Return to History of Evolution