What Is the Scientific Method?

What is the scientific method? Usually we still wonder about that question even after our class on it in Junior High!

A teacher at the university of Rochester defines it this way:

The scientific method is the process by which scientists, collectively and over time, endeavor to construct an accurate (that is, reliable, consistent and non-arbitrary) representation of the world.

Well said, if you can understand all the words.

Are you looking for a way to teach what is the scientific method to kids?

Above all the scientific method is a process; it's a method. It is a method to arrive at an accurate representation of the world. The definition above describes accurate as "reliable, consistent, and non-arbitrary." That means we're trying to find out what is true always in all places and for all people.

I say five steps. Other places will say four or six. That's because sometimes the first couple steps are broken up, and my step 5 is self-evident, so some people leave it off.

That last step is very important, and I worded it carefully … 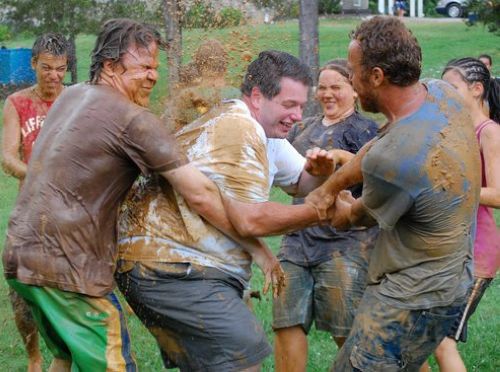 What Is the Scientific Method?
What Can It Prove?

"Prove" is a difficult word when it comes to a definition of the scientific method. 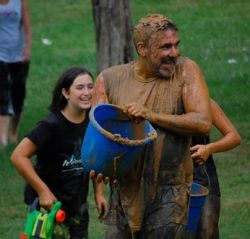 In this experiment …
we're probably not going to learn anything scientific.

Science is—or ought to be—a humble occupation. Only so much can be "proven." Maybe we're all deceived about reality. Maybe we're all hooked up to the matrix that the Wachowski brothers described.

But probably not. Most of us have a very strong confidence level that The Matrix is just a movie, not reality.

Science is all about levels of confidence. Every day the Food and Drug Administration is analyzing the observations and experiments done by drug manufacturers to decide whether a drug is safe enough to be administered to humans.

Whether you think they're doing a good job or not, what they are trying to do is to attain a level of confidence in the safety of a drug. They are not looking for absolute proof. By the time absolute proof comes that a drug works and is safe, thousands of people may have died waiting for it. A certain amount of risk is acceptable in approving drugs. (Ask any person with advanced cancer, and they'll assure you this is so.) How much risk for each particular disease or malady is what the FDA is assigned to determine.

But this site isn't about the FDA or drugs, is it?

Scientists call evolution both a fact and a theory. They are correct in doing so; it is both.

Want to be Overloaded with Information?

If you want to be completely overwhelmed with all the evidence from observation and experimentation, then try Talk Origins. It's the most comprehensive evolution vs. creation site on the web.

You'll also be able to see enough debate there to realize that when ample time is given for both sides to present their case, the antievolutionists cannot win. They can only win debates that are limited in time, preventing the mountains of evidence for evolution to be presented and the trickery of antievolutionists to be explained.

Enough hypotheses (guesses), predictions, observations, and experiments have been conducted to give scientists a tremendous level of confidence that evolution happened. This web site addresses many of those.

Now, it's possible that we are all attached to the matrix or similarly disconnected from reality, but if we're connected to reality, then reality testifies to evolution so clearly that it is acceptable to call it a fact.

On the other hand, evolution is also a theory that is always being adapted and changed. For example, only a decade ago most scientists would have been confident that evolution occurs only through changes in specific genes that control specific attributes. We now have reason to doubt that. It turns out that some genes control other genes.

This is a big discovery because it allows for much wider and faster changes in an organism. If one gene controls the expression of a whole group of genes, then the changes possible from one generation to the next are much larger than previously thought.

Evolutionary theory involves all sorts of details that we understand to varying degrees. We will continue to learn about evolutionary theory. But steps three and four of the scientific method have been carried on for 150 years now, and the odds that we will find evidence that evolution did not occur are now so slim as to be safely dismissed.

I have the following quote in the right column of many of my pages, but it addresses this well and even addresses what is the scientific method!

Biologists make predictions, then they go out into the field or the lab to see if their predictions hold up. When hundreds  of predictions of this sort are fulfilled, a theory reaches the point where it becomes certain, at least on a broad level. And that is where we are with evolution.