Charles Darwin and the
Theory of Evolution

My favorite part of this Charles Darwin section is Darwin's version of the theory of Evolution. It's one of my favorite pages I've ever written. It explains how Darwin arrived at his dangerous idea completely backwards from the way we do.

Darwin, believe it or not, may have been able to prove his point if we'd never found a single fossil.

I reference my argument fully from his On the Origin of Species by Means of Natural Selection, where he begins with artificial selection to establish natural selection. 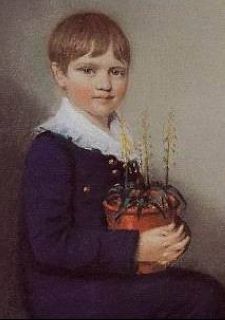 While you're here, though, I'll give you the brief version of his story.

He undertook a voyage around the world on the HMS Beagle in 1831 (a pretty cool thing for a 22-year-old to be able to do in 1831). He was brought along as a companion to the captain of the ship, not specifically as the naturalist. At that time he still intended to become a minister.

The voyage changed his life and revealed to the world one of the greatest geniuses of all time. (You cannot read On the Origin of Species without marveling at the brilliance of Charles Darwin.)

Though I told you above, based on his book, that he doesn't need fossils to prove the theory of evolution, fossils were involved. He found the most incredible fossils when they reached South America: giant armadillos and megatherium, the 5-ton sloth.

When you see that the fossils of a continent resemble the living creatures of that continent, and the same is true of each continent you look at, yet the various continents differ from one another in both fossil and living fauna, it gives you pause to think. It gave Darwin pause to think.

And think he did.

He thought for almost 30 years.

On the Origin of Species by Means of Natural Selection

Obviously, Charles Darwin did not spend those 30 years just thinking. He became an eminent naturalist, very knowledgeable and very skilled in all manner of life. He knew plants, birds, animals, and even life under the sea. In 1842 he even wrote a book called The Structure and Distribution of Coral Reefs. His depth and breadth of understanding of life was truly breathtaking.

He also talked with many other scientists, became familiar with their work, and made his ideas known to them as well.

Thus, when Alfred Wallace published a paper with ideas very similar to Darwin's, his many friends—in particular Charles Lyell—urged him to publish his own ideas quickly. Origin of Species was rushed to press, and the rest, as they say, is history.

The Evolution of Man 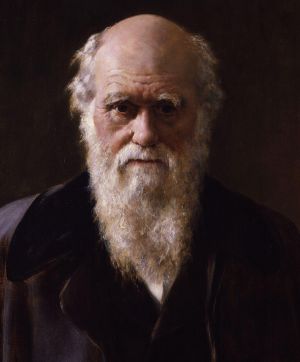 Charles Darwin, a year before his death

His book was as controversial then as it is now. He was very well-spoken and well-mannered, however, and there is no cause for offense given except the offense of the ideas themselves.

In particular, Darwin avoided mentioning the origins of man in his Origin of Species. Truth must out, though, so he rectified that in 1871 with his book, The Descent of Man, and Selection in Relation to Sex.

He was ill a lot of his later life, but he remained a determined naturalist to the end. His last book was The Formation of Vegetable Mould through the Action of Worms. Charles Darwin loved nature.

Many of his experiments are mentioned in The Origin of Species, which is well worth reading—if you have a lot of time. It's not a short or easy book, but it is very interesting.