Stories of Mythical Creatures and Legendary Monsters abound. Some are based on creatures that really existed.

Is there a way to tell the difference?

Telling the Difference Between a Real Monster
and a Mythological One

Obviously, we can't always know. Is it impossible that Mokele Mbembe, an apotasaurus-like creature, is alive and living in the Congo jungle? No. It may be extremely unlikely, but such a things is not impossible.

On the other hand, is there a minotaur—a man with the head of a bull—running around in the caves of an island off the coast of Greece? No, there's not. We can write that story off as legend and myth, no fact.

The difference is between what sort of creatures have existed on earth and what have not. While lions and tigers, buffalo and cattle, horses and zebras, and even camels and llamas (with help) may produce hybrids, you are never going to find a cross between a crocodile and a duck... or a human and a bull.

Interestingly enough, you will never find a dragon, either. Do you know why? 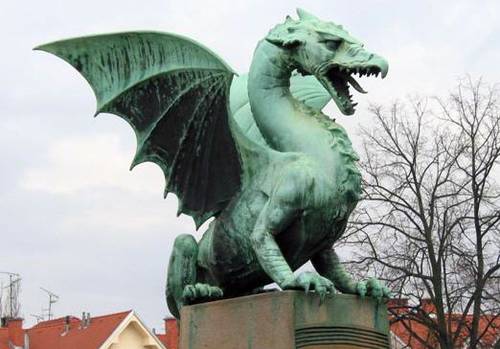 Most dragons are drawn like this one ... with four legs.

No flying creature in history has ever had four legs. All wings are adapted from front limbs. Birds, bats, pterosaurs ... all have two hind legs plus two wings with bone structures remarkably like the front legs of the creatures they descended from and are related to.

That's one of the stronger proofs of evolution.

On the other hand, a dragon like this could theoretically have existed, though there's no evidence one ever has ... 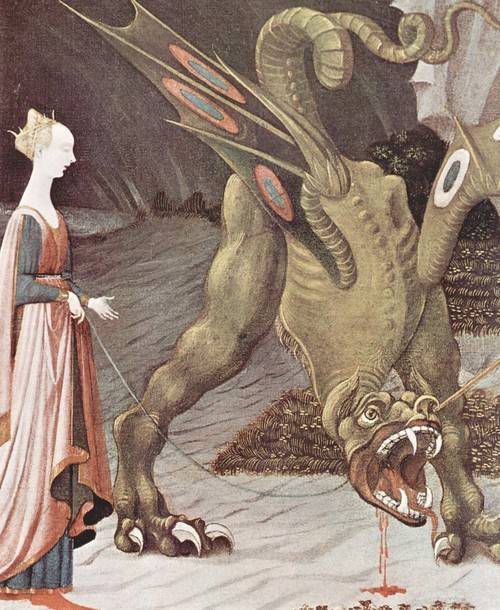 The last few years have provided a lot of information about the possible existence of many legendary monsters.