Antibiotic resistance in bacteria remains among the strongest bits of evidence for evolution and proof that mutation can increase information in the genome.

Today I read an article at Scientific American discussing how the use of antibiotics, in this case in livestock, increases the occurrence of "superbugs," bacteria that are resistant or immune to certain antibiotics.

The article's encouraging because it lets us know that even if farmers stop using low-grade antibiotics, they can still get the growth and size in their pigs that they've had with antibiotics. The article is related to evolution because it points out, once again, that the extensive use of antibiotics creates bacteria that are antibiotic resistant.

The data from multiple studies over the years support the conclusion that low doses of antibiotics in animals increase the number of drug-resistant microbes in both animals and people. As Joshua M. Sharfstein, a principal deputy commissioner at the Food and Drug Administration, told a U.S. congressional subcommittee last summer, "You actually can trace the specific bacteria around and ... find that the resistant strains in humans match the resistant strains in the animals." 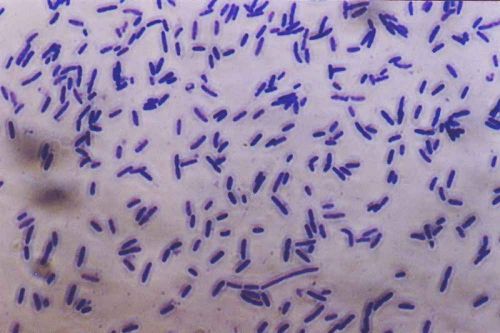 Bacteria evolve antibiotic resistance rapidly because they can go through thousands of generations in a year, and they can pick up genes from their environment. Public domain.

It's not true. There's no such law of nature, and it should be obvious to our common sense that there can't be.

How could we even prove such a law? How could we possibly know that information could never increase in a genome?

It is very easy to explain how information can increase in the genome.

One common form of mutation is the duplication of genes. A gene is simply copied in its entirety and inserted into the genome. Such an occurrence does not affect the survival of the offspring, and the second gene is simply useless. Thus, it is very prone to evolving randomly in future generations.

Usually, this simply results in a useless gene that does nothing. On the other hand, since mutation occurs in every generation and at known rates, given enough time and enough duplicated genes, random chance will certainly produce a working gene eventually. Because there's a new gene, serving a new purpose, where before there was none, we have an increase in information.

Study of the genome of animals shows that this has happened over and over again. In the Proceedings of the National Academy of Sciences, we read:

Gene duplications are one of the primary driving forces in the evolution of genomes and genetic systems. Gene duplicates account for 8-20% of the genes in eukaryotic genomes, and the rates of gene duplication are estimated at between 0.2% and 2% per gene per million years. Duplicate genes are believed to be a major mechanism for the establishment of new gene functions and the generation of evolutionary novelty.

Around 15% of genes in the human genome are believed to arise from duplication events.

I know they use the term "believed" in these quotes, but that is only in reference to the amount of duplication. The fact that genes are duplicated is established:

We have undertaken a molecular population genetic study of three recently duplicated genes in the Arabidopsis thaliana genome to assess what evolutionary forces are associated with the initial phases of duplicate gene evolution.

Arabidopsis thaliana is a small, flowering plant found in Eurasia and northwest Africa. They are discussing three "recently duplicated genes" because in life forms that reproduced rapidly, the steps of evolution can be seen in the lab.

Antibiotic Resistance and the Increase of Information

A paper from the University of Montana discusses some of the means bacteria use to evolve:

Mutation is not the only way that a bacterium can acquire a resistance gene. Bacteria can pick up pieces of DNA (containing genes) from their environment (transformation), they can obtain a gene from another bacterium (conjugation), and genes can also be transferred to a bacterium by a virus (transduction).  So, even if a resistance gene does not occur through mutation, it can be acquired through one of these methods.

All of these methods, since they involve bringing new material into the cell, increase information in the genome.

Thus, the evolution of antibiotic resistance in bacteria, which we see occurring around us as a terrifying reality, is strong evidence for evolution by proving that information can increase in the genome.