Entropy: The Second Law of Thermodynamics

The law of entropy—the second law of thermodynamics—says that things tend toward disorder and decreasing complexity. Doesn't this disprove evolution, since evolution involves increasing order and complexity?

No, it doesn't, and partly because that's not a very good description of the second law of thermodynamics.

What Is Thermodynamics, and What Is the Law of Entropy?

Thermodynamics, as the name indicates, has to do with heat and the movement of heat (Thermo - heat; dynamics - movement). Complete entropy is a state where heat has evened out in a system.

2. a :The degradation of the matter and energy in the universe to an ultimate state of inert uniformity b : a process of degradation or running down or a trend to disorder.

To put that in easier words, the energy in the universe is slowly settling down to a state of uniformity. It's best to understand it this way:

Our weather is caused mostly by the differences in heat between various areas of the earth. Warm air and cooler air interact with each other due to transfer of heat and the relative weight of warm and cool air. Cool air falls, warm air rises, cooling air releases moisture, and warming air absorbs it. This constant movement and shifting of heat ensures that we humans always have something to talk about. 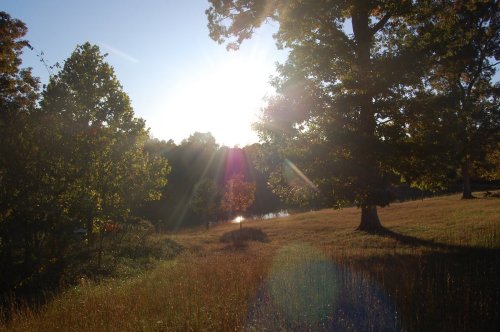 If you were to remove the sun from the equation, plus remove any heating from the earth in the way of volcanoes, radioactivity, and warmth of the land and sea, then the air would slowly settle into one temperature. When the temperature evened out, you would have no air movement. Everything would be still. You would have entropy.

The second law of thermodynamics says that in a closed system everything tends toward entropy. You probably could have figured that out on your own. Put a hot object and a cold object in a box that admits zero warmth in or out, and the two objects plus the air in the box will all settle into the same temperature.

You are depending on entropy when you wait for your bowl of soup to become a uniform temperature after you take it out of the microwave.

The second law of thermodynamics is acting on the universe, but don't worry, it will be a very, very long time before it achieves complete entropy.

The law of entropy, however, is not acting on the earth because it is not a closed system. The sun adjusts the heat of the earth every day.

The Second Law of Thermodynamics and Evolution

So why does the second law of thermodynamics not apply to evolution? 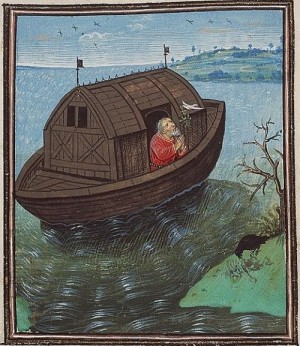 Noah's ark was much bigger than this. It was much larger than a football field and 3 stories high. Nonetheless, it could not have held two of every species on earth. Even young earth creationists require rapid evolution to account for modern species.

Even if Noah brought one lion, one tiger, one panther and one smaller cat species, you still have to have two additional species of tiger evolve (there are three: bengal, sumatran, and siberian). You also have to evolve numerous other cats like the cheetah, cougar, ocelot, snow leopard, lynx, etc. In fact, the sabre-tooth tiger and Australia's marsupial tiger really need to have been on the ark or evolved since the ark as well.

This is increased diversity, and thus it is decreased entropy. If the second law of thermodynamics really opposed evolution, then even creationists would be sunk, as they need evolution as much as evolutionists do.

In fact, they may need more, as it is harder to produce all the species that have ever been on earth (including dinosaurs, giant sloths, mammoths, etc.) in 5,000 years from the few that could fit on one ship than it is to produce all those species from one ancestor in 4 billion years.

The fact is, though, there is nothing in the second law of thermodynamics that is relevant to evolution, much less that precludes it.