Granite, Rhyolite,
and the Age of the Earth

Recently, a young earth creationist told me that granite always melts into rhyolite and that this proves our theories about the formation and the age of the earth are wrong. The earth, he asserts, cannot be 4.5 billion years old, but no more than a few thousand.

We know, *ahem*, KNOW from experimentation that if you melt granite it is no longer granite, but becomes rhyolite. That definitely proves that the evolutionary idea of planet formation just fails completely.

Now I have to admit, I hadn't spent any time in my 49 years on earth researching that happens to granite when it melts, but this was completely unbelievable to me. Scientists "KNOW" that we can't get granite from the magma beneath the crust of the earth because melted granite always produces rhyolite? 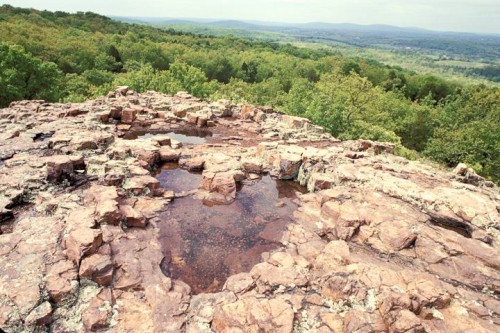 It's a nice conspiracy theory that scientists are covering up evidence against evolution, but with a little thought we all know that this is impossible!

Creationist organizations get millions of visitors and make millions of dollars for disseminating clearly incorrect information about evolution. Do you think scientists don't know they'd be wealthy if they could prove that the earth isn't as old as science claims?

AnswersinGenesis.org is ranked #11,000 in the United States among web sites. I don't know how it translates into traffic, but I do know that a million visitors a year will barely put you in the top million web sites. Information against an old age of the earth is popular.

You are not going to get a scientist to cover that up even if he lost his job. His income would be easily replaced with speaking engagements.

The Real Story about Granite and Rhyolite

As usual with most anti-evolution evidence, it took less than a minute to use a search engine to learn enough about granite, rhyolite, and the age of the earth. I went to geology.about.com, where science writer and geologist Andrew Alden had written an article on granite. 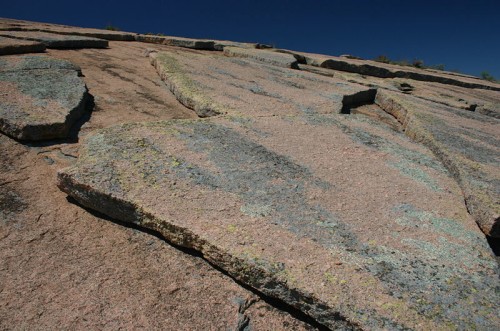 When granite is melted, it is not called granite. It is called magma, like all other melted rock.

Thus, granite can form from molten rock, and, not surprisingly, geologists are not clueless about how the earth may have formed.

What is likely to be true, based on the information Mr. Alden gives, is that if you melt granite in a laboratory, then let it cool quickly in the open air, it will always form rhyolite. That completely jibes with what geologists know about granite and rhyolite formation.

But it's not evidence against an ancient age of the earth.