The Purpose of Proof of Evolution

Too many people today believe that honoring God is accomplished by arguing for their beliefs. 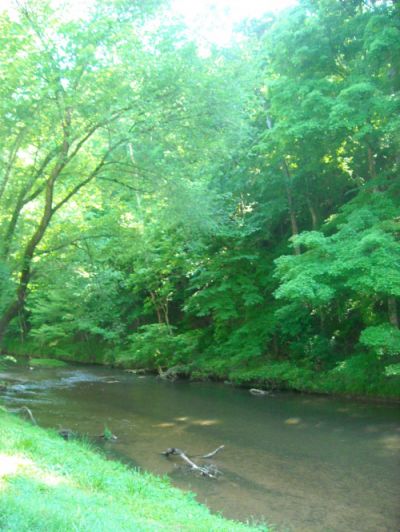 Only God could make this!

Honoring God with Your Life

The apostle Paul told the Thessalonians:

Your faith in God has spread everywhere, so that we no longer need to say anything. Instead, people tell us how we came to you and how you turned from idols to serve the living and true God. (1 Thess. 1:8-9)

Of course, we all know the verse that says, "Let your light so shine before men that they may see your good works and glorify your Father who is in heaven" (Matt. 5:16). The Thessalonians were living that. They were the "city set on a hill that cannot be hidden."

If your life and the life of the saints around you are a pattern of good works, you won't have to defend God. Your enemies will be speechless.

On one evolution versus creation message board, an atheist told me, "You shake my atheism."

Why? I believe God created the earth and life on it (yes, including us) by evolution, so it certainly wasn't because I shook his faith in Charles Darwin! No, it was because he saw my sober and sensible behavior on the message board, and he read about others who lived a life of faith and love with me.

The light caused him to want to glorify God, just as Jesus said it would whenever we are honoring God together by our good works.

What About Good, Sound Doctrine?

Look sometime at Titus chapter two. There Paul tells Titus to talk about the things that make for sound doctrine.

They are remarkably different than the things we talk about today:

After saying all this, Paul concludes by telling us that Jesus died and grace came so that Jesus might have "a people zealous for good works" (v. 14).

We need to learn what we should be fighting for and redefine what pure doctrine is!

Paul wrote a letter to Christians in Rome after his Gospel had been slandered among them (Rom. 3:8). To defend his Gospel, he made one major appeal:

In [my Gospel] the righteousness of God is revealed from faith to faith. (Rom. 1:17)

The law of the Spirit of Life in Christ Jesus has set me free from the law of sin and death, for what the Law [of Moses] could not do, because it was weak through the flesh, God did!

By sending his own Son in the image of our sinful flesh and as an offering for sin, [God] condemned sin in the flesh. Now the righteousness of the Law is filled up in those of us who do not walk by the flesh, but by the Spirit. (Rom. 8:2-4)

What an incredible promise! What a powerful and miraculous deliverance! This sort of testimony, lived out, will change the world, honoring God and leaving the most hardened atheist speechless.

Honoring God Through His Own Righteousness

The Jews were trying to be righteous, but they failed at honoring God anyway. Why?

Paul tells us that it is because they were trying to pursue their own righteousness, not God's.

Many Christians today pursue a righteousness that is not God's. They base their righteousness on traditions and beliefs, almost none of which go back to the apostles—the men to whom Jesus committed the Gospel, our faith, once and for all.

Paul was not afraid of nature's testimony. The creation will always honor the Creator, not dishonor him! Therefore, Paul rebuked those who would not learn God's "eternal power and divinity" from the things he created.

Building Up Your Own Faith

God is faithful, by whom you were called into the fellowship of his Son, Jesus Christ. (1 Cor. 1:9)

We have been given the greatest gift in the universe. We have been called into the eternal fellowship of God the Father with his Son, Jesus Christ. By the Holy Spirit, he has allowed us to partake of that divine fellowship!

My brother or my sister, this—and this alone—will solidly ground your faith so that it is immoveable and powerful. That fellowship will change your life, assure your heart, and make you so that all the waves of this earthly life can never knock you down.

It was Jesus himself who said that such stability and power comes from obedience to him (Matt. 7:24-25). That is honoring God. You will never have real stability as long as you believe you have to argue for your perception of God.