Prominent atheist Richard Dawkins says that all legitimate "miracles," are simply coincidences bound to happen because there's 7 billion people on the planet and thus 7 billion opportunities for coincidence every day.

I read Richard Dawkins very interesting book, The Blind Watchmaker. It has a terrific description of bat sonar in the first couple chapters.

If you want to be astounded by God's creation, read those chapters written by an atheist.

Dawkins makes a persuasive, powerful argument that bat sonar evolved. I don't care. The description of the incredible complexity and brilliance of bat sonar makes me believe in God all the more. I don't care how he did it. Bat sonar is the work of God.

Later in the book, however, Dawkins reasoning crumbles. He argues that the many strange occurrences that humans, and especially theistic humans (believers in God), call miracles are simply coincidences. With 6 billion people on earth—now closer to 7 billion—there are going to be extremely unusual incidents, he says. Those are just chance.

My friends and I like to joke about that because it doesn't serve as a very good explanation for the things we've seen.

For example, I listened once to a tape by the brother of a friend of mine. This person was a backslidden believer. He taped himself making music one day, but when he went to play the tape back a horrid voice called him by name and then said some things to him which I don't remember.

I listened to that tape. It was chilling.

Just one of those 1 in 6 billion chances, I guess. If a couple billion people tape music onto a cassette, surely at least one of them will get a spine-tingling voice saying their name and giving them a message.

That's a joke. I'm not serious. 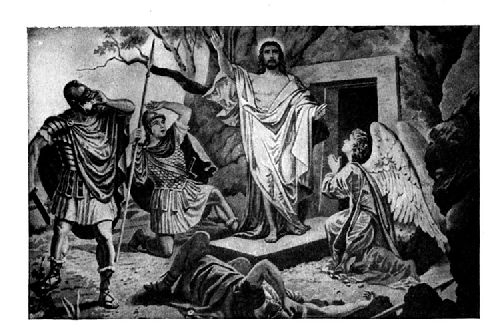 The coincidence of the resurrection

A Limit to Coincidences

There may be 6 billion people on earth, but I don't know them. I've only met a few thousand. But I've heard the tape, and just about every person I've ever met can tell an amazing story like that … or a few amazing stories. I have plenty myself, some good and spiritual, like answers to prayer, and others that are frightening.

In the last couple weeks, I met a guy named Todd. I have three friends here who know him. A few years ago, he was hit by a truck while on a motorcycle and injured horribly. His leg was so badly mangled, the doctors were considering amputating it. They were checking daily to make sure it hadn't gone gangrenous.

The father of one of my friends, who is a Calvary Chapel pastor and the nicest man I've ever met, was moved by James 5:14 to anoint him with oil and pray for him.

Todd tells me that over the next couple hours his leg straightened out. The doctor came in later and was stunned because muscles that had been loose were suddenly reattached to bone. Multiple doctors came in afterward trying to determine what had happened.

I looked at my friend, the son of the man who prayed for Todd, because I knew that friend was honest. I knew he'd roll his eyes or do something if Todd was a kook. He shrugged and nodded as though to say, "What can I say? The story's true, and I can't explain it, either." Everyone else I know acknowledge it as a true story, too, and Todd certainly has the scars to prove he's been hit by a truck.

Of course, with 6 billion people in the world, surely one of them is just going to suddenly have his leg heal—and muscles reattach to bone—immediately after having been anointed by a pastor with oil (eyes rolling). Oh, and I'm going to meet the guy it happened to as well!

I've been told by atheists—and one supposed believer—that I'm ignoring all the times that a miracle didn't happen.

When I pray for a blind 2-year-old to be healed of an infection in his eyes, and I and the others with me have a powerful spiritual experience during the prayer, and the child is healed though he's had the infection for over a year, do I really need to take into account that there was a prayer study done on a Christian church of unknown commitment putting God to the test against Scriptural mandate?

I don't think so.

Sorry, Richard. I can't buy the "oh, well, miracles only appear to happen because there's 6 billion people on earth" argument.