The Garden of Eden

I believe I've seen the Garden of Eden.

I have now been to the Great Rift Valley in Kenya twice. There is no way to describe the majesty of the place or the way it took my breath away. I have included pictures on this page, but the pictures are pitiful in comparison to the real thing. 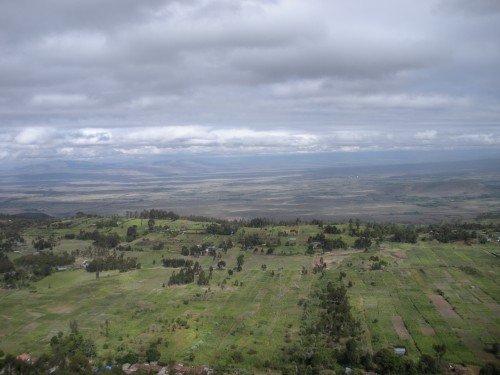 Is this the Garden of Eden?
Great Rift Valley between Nairobi and Nakuru in Kenya

Why would I suggest that the Great Rift Valley is Eden's Paradise??

The Birthplace of Man

There really isn't any doubt that east Africa in general and specifically the Great Rift Valley is the birth place of humanity. The attached map shows where all of man's ancient ancestors were found. 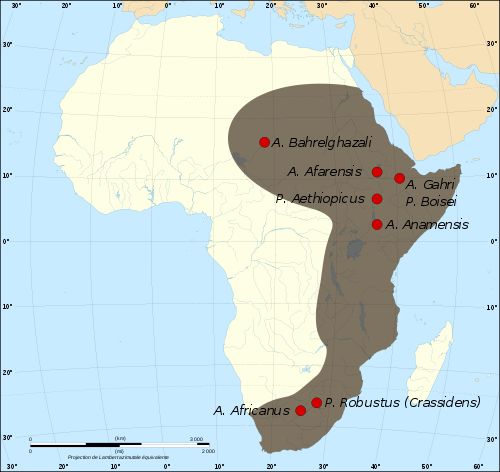 Map of early hominid sites in east and south Africa

A. Africanus and A. Robustus of South Africa

You'll notice on the map that two species were found in South Africa. This was a side branch of our ancestors, who wandered down to South Africa around 3 million years ago and stuck around for over a million years.

Africanus and their descendants, Robustus, adapted to a rough diet growing smaller canine teeth but even larger molars than their ancestors. From all indications they simply died out about 1.5 mya.

Knowing that the earliest fossil hominids were found in Olduvai Gorge, part of the Great Rift Valley, I couldn't help thinking about the cradle of mankind—the Garden of Eden—as I looked at this stunning valley. Because it is green, it is more breathtaking than the Grand Canyon in the USA, which I have seen more than once.

The Location of the Garden of Eden

Most people think of the Garden of Eden as being in the Middle East. That's understandable, but Africa is the only landmass specifically mentioned in relation to Eden:

Ethiopia, of course, is in Africa, and the Great Rift Valley runs through it. 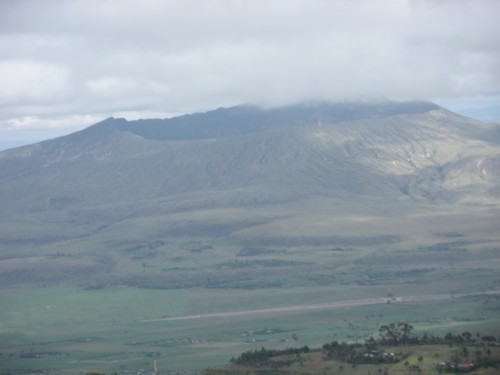 A volcano in the Great Rift Valley

Haviylah is said to be a direct descendant of Cush (Gen. 7:10), whose name is tied to Ethiopia in the Bible. Interestingly enough, the mayor of Gulu, Uganda—in a political speech I attended—suggested that Uganda's gold supply made it the most likely fit for the Biblical Haviylah. Uganda is just over 100 miles from Ethiopia, very close.

Where Was the Garden of Eden

There are many fascinating clues concerning the Garden of Eden, assuming there's anything literal to the story, which there probably was. The writer surely at least meant to give a real location when he said "eastward in Eden."

Wikipedia says that Eden is "known to have been used by the Sumerians to refer to the arid lands west of the Euphrates." No reference is given for this statement; however, other web sites suggested a similar idea for Eden. 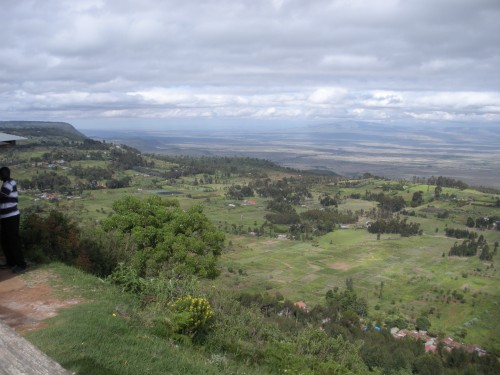 Is the Garden of Eden?
Great Rift Valley between Nairobi and Nakuru in Kenya

Eden could have been quite a large area and the garden just one part of it.

Since the garden was "eastward" in Eden, maybe it was in the middle East somewhere, as far as the location the writer was referring to. But all of Eden itself, especially if we include the area that the rivers Pison and Gihon surround, had to include a large part of Africa.

And even if Adam, the first man himself, was in the Middle East, his fathers came from Africa, and from the beautiful, majestic Great Rift Valley.

Was There an Adam?

Okay, I'll explain further. A book I read (and don't have) said, "About 35,000 years ago there was a sudden and enexplainable leap in the creativity of man." I fully believe this happened when God breathed into the nostrils of man the breath of life, and man became a living soul.

Return to Evolution and The Bible | Home | Contact Me