In 1802, William Paley published a book called Natural Theology in which he argued that if a watch were found in a meadow, it would be wisest to assume that someone made it, not that it was a natural occurrence. He felt the appearance of design was powerful creation evidence. 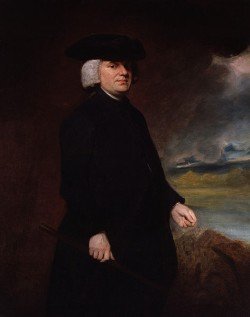 Portrait of William Paley by George Romney, who died in 1802

Today, atheists and evolutionists reject this argument, claiming that evolution has provided an explanation for the existence of the universe and life. Richard Dawkins even wrote a book called The Blind Watchmaker to make that point directly. (If you want to be awestruck, read about the sonar of bats in the first two chapters of that book. Wow!)

I don't agree. I think creation testifies to both human logic and the human spirit that there is a Creator.

Even if there are logical, natural explanations for how a big bang happened and how things progressed from the big bang to me typing on my computer today, nonetheless the whole amazing process cries out that someone designed it.