Shedding Light on Ape to Human Evolution and Bipedalism

The subject of Ardipithecus ramidus is probably best begun with a quote from Science Magazine, the most prestigious science journal there is:

Perhaps once each generation, a spectacular fossil reveals a whole chapter of our prehistory all at once.

Ardipithecus has been known about since 1992, but as recently as Spring, 2009 I was unable to find information on cranial capacity and or bipedalism.

Scientists have been studying one particular Ardipithecus ramidus skeleton, almost complete, for 17 years, and today they released their findings. The release was so spectacular that Science is giving away this issue free (Oct. 2, 2009 issue no longer available free). Discovery will be doing a special on "Ardi" in less than two weeks.

What's So Important about Ardipithecus Ramidus?

Ardipithecus dates from about 4.4 million years ago (mya). Even before today it gave all the indications of being a potential human ancestor. It's from Ethiopia, and it's clearly a hominid whose dates fit right into the slot between Orrorin tugenensis and the Australopithecines.

Thus, Ardipithecus is a "missing link" and brings us one step close to the "Last Common Ancestor" (LCA) of chimpanzees and humans, which is estimated by DNA to be 5.4 mya.

However, the most important thing about Ardipithecus ramidus is that it has led us to …

Evolution of the Great Apes

Previously it had been thought that the LCA of humans and chimpanzees would be much more chimp-like. Because of Ardipithecus' smaller canine teeth, bipedalism, and small brain, it is now realized that the behavior of chimpanzees and other great apes (gorillas and orangutans) is more evolved than scientists had thought. Ardipithecus ramidus drives human traits—like walking on two feet, using our hands, and human social behavior—back further than previously thought.

Large canine teeth in gorillas and chimps are used mainly in territorial fights and competition over females. Rather than merely preserving those attributes from an LCA, it turns out that likely evolved later. This is contrary to scientists' expectations.

The same is true of knuckle walking, which all great apes do, and which was assumed to have been a feature of the chimp-human LCA.

With upright walking having developed so early, it now appears that Ardipithecus ramidus when straight from four-legged crawling to upright walking while knuckle walking was also evolving in the separate great ape lineage.

What was assumed, based on common sense, was that upright walking developed for life in the savannah, the African grassland. Upright walking allows a larger field of view in an open plain, and it frees the hands for use of tools.

Therefore, it was concluded that bipedalism developed after our evolutionary ancestors left the forest and had developed a larger brain; however, Ardipithecus ramidus has a chimpanzee-sized brain, lived in the forest, and nonetheless walked on two feet.

Science, Rethinking Evolution, and the
Creationism vs. Evolution Debate

Every time science has to rethink some theory, creationists try to use that as proof that scientists, especially the ones studying evolution, don't know what they're talking about. This isn't true. 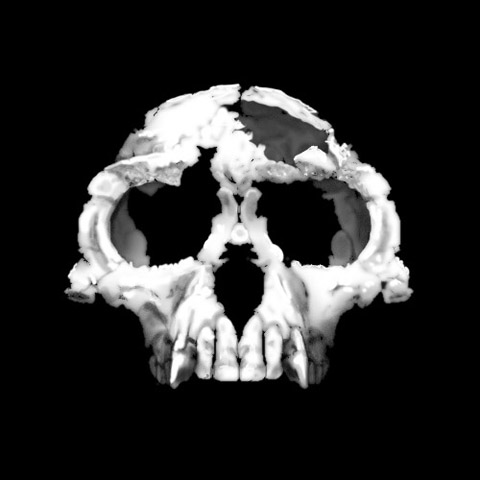 In fact, I once heard Chuck Colson—a man I greatly respect and admire—mention some new piece of scientific evidence on the radio and then declare, —It doesn't matter what evidence comes in, scientists just adapt their theories to fit it.

Exactly! How I wish the Christians who reject evolution would do the same! Your theories are supposed to fit the evidence, not vice versa!

Changing the evidence it to fit your theory is called lying, and antievolutionists do far too much of it. Let us follow science and believe what the evidence dictates!

We have been told to by God:

The invisible things of [God] from the creation of the world are clearly seen, being understood by the things that are made, even his eternal power and divinity, so that they are without excuse. (Rom. 1:20)

The heavens declare the glory of God, and the firmament shows his handiwork. Day to day utters speech, and night to night shows knowledge. There is no speech nor language where their voice is not heard. (Ps. 19:1-3)

The Christians who lived in the apostles' churches knew this. One man, an elder in the church at Rome, who actually knew the apostle Paul and was appointed elder by him, argues for the resurrection not from the Bible, but from creation:

Let us contemplate, beloved, the resurrection which is at all times taking place. Day and night declare to us a resurrection. The night sinks to sleep, and the day arises; the day departs, and the night comes on.  Let us behold the fruits, how the sowing of grain takes place. The sower goes forth, and casts it into the ground. The seed being thus scattered, though dry and naked when it fell upon the earth, is gradually dissolved. Then out of its dissolution the mighty power of the providence of the Lord raises it up again, and from one seed many arise and bring forth fruit. (Clement of Rome, 1 Clement 24, A.D. 96)

Even so, any of us who have been Christians for a while know that evolution is a perfect picture of how God raises up a perfect man in Christ. Death to ourselves and suffering through trials bring a slow but certain growth, bit by bit transforming us into the image of the Lord (2 Cor. 3:18).

My brothers, count it all joy when you fall into various troubles, for you know that the trying of your faith works patience. Therefore, let patience have its perfect work so that you may be perfect and complete, lacking nothing. (Jam. 1:2-4)

Ardipithecus ramidus is just one more powerful evidence for evolution, and one more important transitional fossil. Let us not change the evidence by lying and saying there are no transitional fossils. Let us embrace Ardi, not as an ancestor of our souls, breathed into us by God, but of our bodies, formed from the dust of the earth (and the stars).