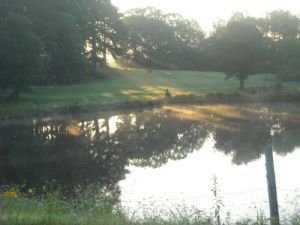 A pond in Selmer, Tennessee

In other words, it's the empirical evidence that young-earthers regularly demand. While it does not prove that the earth is billions of years old, it does prove the earth is many times older than young-earthers claim. On the matter of the age of the earth, the Bible does not speak literally.

I originally heard about the Haymond Formation in a Training Union class at a Southern Baptist church. A Southern Baptist deacon who was also a chemist gave the class, and he mentioned the geological layers there as undeniable proof that the earth is well over 10,000 years old.

If you want plain, in-your-face kind of evidence; here it is!

Details of the Formation

The Haymond Formation is 15,000 layers of alternating shale and sand. In the formation are numerous burrows which were dug into the shale, then later filled with sand when the next layer was laid. Let's talk for a minute about why this is an issue.

These strata are in the middle of the geologic column; it is not at the top. It is a huge formation extending hundreds of miles across Texas to the mouth of the Mississippi, going deeper on the way.

If the flood deposited the geologic column, then it had to deposit these layers of shale and sand as well. 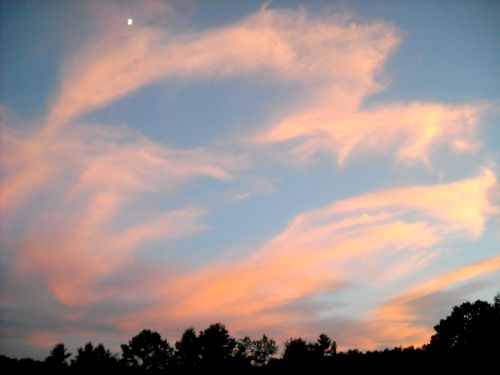 However long it took to form,
this is the handiwork of God

The Implications of the Haymond Formation

These Marathon Basin layers are a fatal problem for the theory that the flood laid the geologic column.

Burrows were dug by animals in the layers of the formation. There were 15,000 of them, with enough time between them for animals to dig burrows, live in them, and then have their burrows filled in when the sand came back. 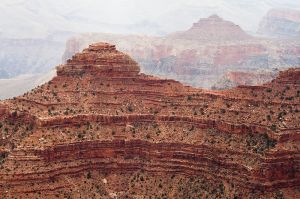 How quickly did this happen? For animals to have dug burrows in shale—repeatedly in the same spot—it is likely it was years between burials. We don't know the time frame for certain, but that is not the important issue.

The important issue is that there is no way this geological formation, found in the middle of the geologic column, was formed during the flood.

Those 15,000 layers—in the middle of the geologic column—were certainly not laid in the one year that the flood was on the earth. Animals don't repeatedly dig burrows far underwater during a turbulent world-wide flood, while layers of sediment are being dropped on top of them.

You can also read a careful, scientific assessment of the Haymond Formation by a Christian geologist. Put your thinking cap on if you go there!