Evolution, Romans 5, and Death Before Adam

If evolution is true, what about Romans 5? Isn't death the consequence of sin? How could there be death before Adam?

In my opinion, this is the most legitimate question that can be asked of Christians who believe that science has irrefutably proven evolution.

But it is easily answered. 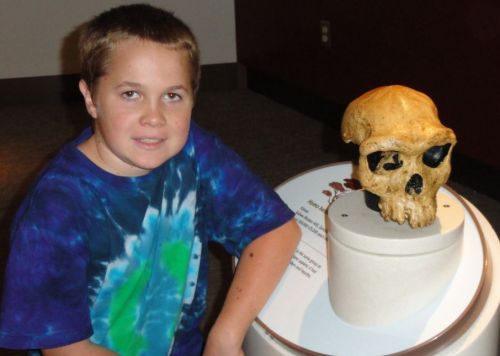 My son Manuha with a Homo heidelbergensis skull at Smithsonian.
Photo mine.

The verse that is usually at question is Romans 5:12, which reads:

Therefore, as by one man sin entered the world, and death by sin, so death passed upon all men, for all have sinned.

Of course, we see from Ephesians 2, that we're already dead in our trespasses and sins. It is not physical death that passed upon us all, but spiritual death.

The same is true in Genesis.

Genesis and Death for Sin

Long before I was ever involved in an evolution-creation debate, I had heard preachers—preachers who would be anti-evolution because of Genesis one—point out that God said that if Adam ate from the tree, then he would die "in the day" that he ate of it (Genesis 2:17). This was an issue because Adam lived 930 years after he ate from the Tree of the Knowledge of Good and Evil!

Combined with Romans 5 and Ephesians 2, I think it's inarguable that the consequence of sin is spiritual death, not physical death. 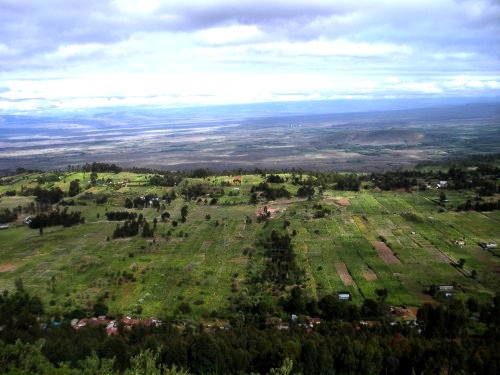 The Great Rift Valley in Kenya, where the first evidence
for "modern" human behavior was found.
Photo mine. (I got to help start a church near there!)

Was There an Adam at All?

I do believe that there was a time, after God had created Homo sapiens through evolution, that he found an initial couple or an initial group and "breathed into their nostrils the breath of life" (Genesis 2:7). It was then that they became living souls.

Science actually provides an interesting piece evidence for such an occurrence.

One day I was browsing a bookstore, and I randomly picked up a book on evolution. It was purely a science book, nothing religious or Christian about it. I flipped it open to a random page, and the first sentence I read said, "About 35,000 years ago, there was a sudden and unexplainable leap in the creativity of man." 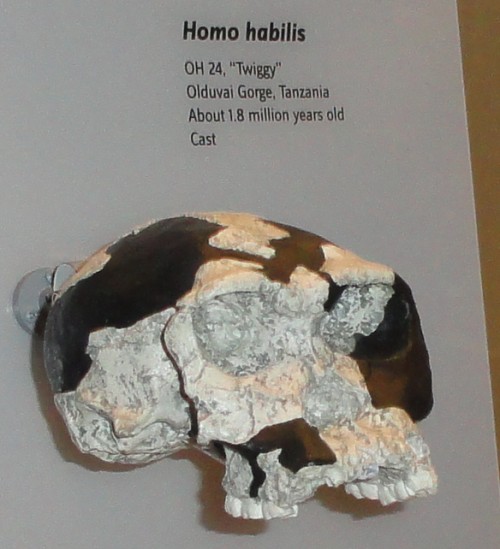 Homo habilis used tools, as do apes and crows, but did not exhibit modern human behavior.
Photo mine. Taken at Smithsonian.

I now know that the date generally given for this "sudden and unexplainable leap" is 40,000 years ago, but either way, science acknowledges it. In a BBC video defending evolution against creationism, a scientist held two skulls in his hands. He explained that one was 60,000 years old and the other 40,000 years old, but although there were no physical differences between the two, there was nonetheless a massive difference in the way they lived and related with other humans.

So, in a sense, it appears, for those of us who believe science, but are Christians and Bible believers, that there was an Adam, but Romans 5 and Genesis teach that it is spiritual death that is the consequence of sin, not physical death.

Return to Evolution and Faith

Or return to Evolution and the Bible