Dr. Ben Carson is perhaps as well-known as a doctor can be. His gifts as a surgeon are so exceptional that a movie, Gifted Hands, has been made about his life. Time called him a "super surgeon." The Library of Congress lists him as a living legend, 1 of just 99 so listed.

Born Benjamin S. Carson on 18 September, 1951, he had everything going against him. He was poor, he was African American in a racist society, and he was convinced he was stupid. Convinced he wouldn't make it, he told PBS, "I engaged myself, you know, by creating disturbances." 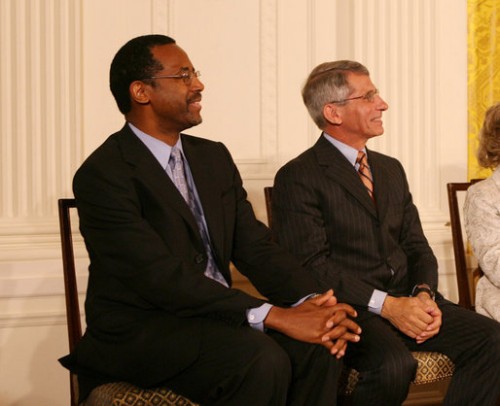 One of those disturbances was attempting to stab a fellow student, whose belt buckle saved him from serious injury. He realized then, at age 14, that if he didn't get his temper under control, he wouldn't fulfill any of his dreams; he'd go to jail instead.

He opened his Bible, and it fell open to a verse about anger in Proverbs. His anger was brought under control, and to this day he reads Proverbs daily.

When his mother put him on a reading program some evenings rather than allowing him to play or watch TV, Ben Carson found out that he was a good student. He went straight to the top of his class, and from there he went to Yale University to become a psychiatrist. Once he got his degree, he moved on to the University of Michigan Medical School, where he decided to become a neurosurgeon.

John Hopkins Hospital in Baltimore took him on after medical school, and at the tender of age of 33 he was made director of pediatric neurosurgery. His sure hand and great knowledge have resulted in numerous awards, and he is one of the foremost surgeons in the world at separating siamese twins.

Dr. Ben Carson's awards include being named to the American Academy of Achievement, receiving the Presidential Medal of Freedom, and receiving honorary doctorates estimated to be from 38 (John Hopkins Hospital bio) to 51 (Institute for Creation Research bio). As stated above, his career has been so exceptional, that the movie Gifted Hands was made about him.

Dr. Ben Carson remains the chief of neurosurgery at Johns Hopkins to this day, doing over 300 pediatric surgeries a year. He has recently survived prostate cancer, he is married, and he has 3 sons.

It is to be noted that Dr. Ben Carson is a 7th Day Adventist, a church that openly requires a belief in a young earth. No matter how brilliant you are, bias will stop you from drawing accurate conclusions.

In preparation for this page, I read and listened to interviews with Ben Carson. Dr. Carson is a great man. It's obvious that there is far more to the man than just his ability to do surgery. There is a peace in his voice and eyes that is remarkable considering the blood, suffering, and death that he has seen. He is a remarkable man. I am about to disagree with some of what he has said about evolution and the age of the earth, but I have profound respect for Dr. Carson. Though I disagree with him, I cannot in any way disparage a man who serves people the way he serves people. 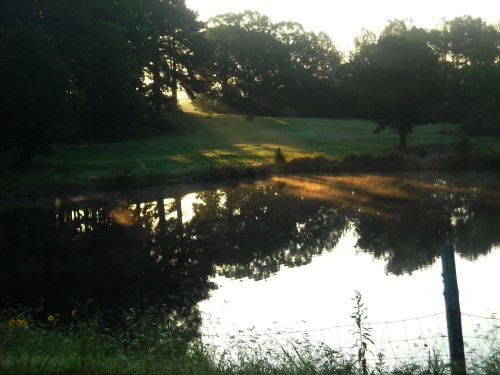 This picture doesn't have anything to do with evolution, but, hey, it's beautiful!

With my praise of such a great man out of the way, I was stunned by some of the things Ben Carson said about evolution. His most direct quotes concerning evolution are from the Institute for Creation Research web site, and all the following are from that site.

I find it requires too much faith for me to believe that explanation given all the fossils we have found without any fossilized evidence of the direct, step-by-step evolutionary progression from simple to complex organisms or from one species to another species. Shrugging and saying, "Well, it was mysteriously lost, and we'll probably never find it," doesn't seem like a particularly satisfying, objective, or scientific response.

I agree with Dr. Ben Carson here. That doesn't seem like a very satisfactory response. However, no decent scientist has ever or ever will give such a response.

There's nothing mysterious about gaps in the fossil record. Darwin explained a long time ago that finding fossils is a risky proposition, and especially intermediate forms. Even Darwin knew that evolution often occurred in rapid bursts, due to sudden changes in environment, and finding fossils from the time of transition is very unlikely (quote for this coming below).

But that doesn't mean we're short of fossils. There is abundant evidence for evolution. As an example, and an important one, the transitional fossils from Ardipithecus ramidus, four million years ago, to humans are remarkably complete. 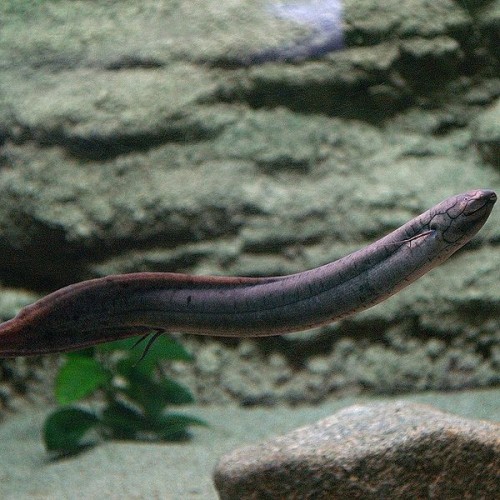 Photo by OpenCage, used with permission.

Dr. Ben Carson says that Darwin asserted that "within fifty to one hundred years of his time, scientists would become geologically sophisticated enough to find the fossil remains of the entire evolutionary tree in an unequivocal step-by-step progression of life from amoeba to man."

During periods of elevation the area of the land and of the adjoining shoal parts of the sea will be increased, and new stations will often be formed;—all circumstances most favourable, as previously explained, for the formation of new varieties and species; but during such periods there will generally be a blank in the geological record. On the other hand, during subsidence, the inhabited area and number of inhabitants will decrease … and it is during these very periods of subsidence, that our great deposits rich in fossils have been accumulated. Nature may almost be said to have guarded against the frequent discovery of her transitional or linking forms. (Charles Darwin, On the Origin of Species, ch. 9)

Clearly Darwin made no such prediction. Instead, he wrote, "We have no right to expect to find in our geological formations, an infinite number of those fine transitional forms ... We ought only to look for a few links, some more closely, some more distantly related to each other" (ibid.).

He then stressed the fact that the human body and brain are "immeasurably more complex, more versatile, more amazing in a gazillion ways than any airplane man has ever created." In short, only an intelligent creator explains "how such a complex, intelligently designed universe could come into existence."

The universe is amazing. Even if it came from the big bang, we're still left without explanation for the big bang. Even if we can explain evolution, we are far from explaining quantum physics. The universe is complicated, and today some secular scientists wonder if the entire universe is one mass consciousness. I agree that the universe argues for an intelligent Designer.

However, we have some decent explanations as to how the complex, versatile, and amazing human body and brain evolved. Sorry. All it takes is the right bases at the right spots on the right number of genes and chromosomes. Nor is it just a matter of odds. With natural selection making evolution non-random, we can trace exactly how man developed his upright stance and his great intelligence (relative to other animals). 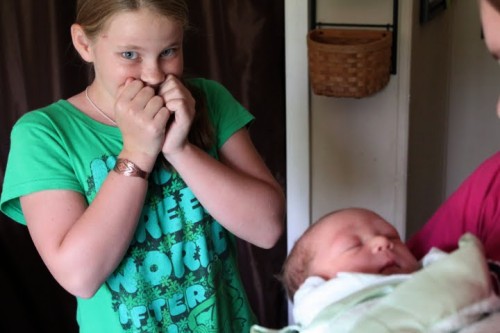 On the other hand, in a video interview I saw today, Ben Carson argued that there's more going on in our heads than can be accounted for by our physical brain. I'd love for him to prove himself right on that one. It seems like he'd be one to know, though as we've seen above, he's prone to religious bias. Much research is being done into that concept, however. Discover magazine published an article presenting both sides in their June, 2007 issue (pretty interesting).

Having  disagreed with what Dr. Ben Carson has said on evolution, let me say again that he is a truly great man, both as a doctor and as a human being.