The Flood of Noah, the Geologic Column, and the Fossil Record

Can the geologic column and the fossil record be explained by the flood of Noah?

Today I received a warning by email. It contained the following statements:

A scientist collecting data in the field
Image from public-domain-images.com

I am not offended by such warnings. As a Christian, I believe such warnings are the responsibility of those who believe they know the will of God.

Somehow, though, I would have felt better had this person's warning contained only spiritual statements.

It included scientific statements, and they're neither accurate nor even well-researched. He wrote, for example, "Evolutionists do not take into account the flood of Noah to explain things."

That's just not true. Scientists have looked at and thoroughly analyzed the arguments presented by creationists. Answers in Genesis does the best job trying to dialogue about the subject. People like Walt Brown and organizations like the Institute for Creation Research have their arguments as to how the flood can explain the fossil record, but their explanations are full of holes, not even close to reasonable. Answers in Genesis doesn't have a good explanation, either, but at least they are paying attention to responses and trying to adapt their arguments to the answers that scientists give them. 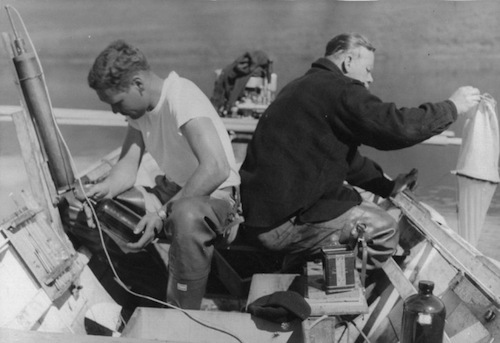 I follow the arguments on both sides. I have a good idea of the current debate, and I know the reasons that the flood doesn't explain the fossil record at all.

Let me give one simple, empirical bit of evidence for why the flood of Noah explanation for the fossil record and the geologic column doesn't work: The Haymond Formation. It's a formation with thousands of layers that could only have been laid over thousands of years, and it is right in the middle of layers that were supposedly laid by the flood in one year.

Just that one geologic feature makes the "flood of Noah laid the geologic columns" argument impossible. There are many other arguments against it, many of them just as undeniable as the Haymond Formation.

Thus, my evidences for evolution are not merely "weak interpretations skewed by the wrong foundation" (another statement made by the author of the email). They are based on a lot of honest looking at the evidence.

I do not object to receiving a warning from someone in bondage to literal Bible interpretation who hopes that I, too, will return to that bondage. However, when one issues a warning based on a limited, incorrect understanding of scientific issues, then he's being irresponsible.

Finally, I am not "failing to give God glory." Feel free to read Honoring God on this web site.