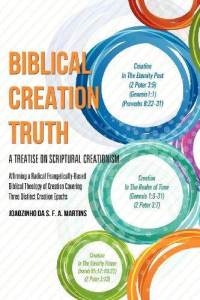 Obviously, theistic evolutionists expose their unholy bias towards those who differ with them by branding them as "slanderers lying for Jesus". What they have not yet come to realize is the cold fact that in defending evolution with a religious zeal they are actually guilty of "lying for Jesus". Not only that, after 'Saving Darwin' they now want to "Save God" from being accused of "lying" in Genesis 1 and 2 wherein He talks of creating Adam and Eve rather than telling the actual truth - that , He in fact, chose a "couple and named this first pair as Adam and Eve" from among those other thousands of couples having a Common Ancestor, as is now zealously taught by "Biologos" or other theistic evolutionists. Nevertheless, herein below am reproducing material relating to the Theory of Evolution from: http://www.bibleprophecyandtruth.com/creation/isEvolutionScience.aspx and hope the readers will be able to detect "lying for Jesus"!

Anyway, I hope and pray what is stated above will make some sense to theistic evolutionists rather than brand it as "lying for Jesus". But then, there are a good number of Christian Scientists who do a lot of "lying for Jesus" by denouncing evolution as pseudo-science. The truth is..., when once a person is drunk with the new wine of neo-Darwinian evolution, even God inspired record of creation in Genesis 1 and 2 becomes pseudo-science if not a lie or fable adopted by Moses to tell the Israelites who the true God is. Perhaps, God had to resort to "allegorical lying" because the Israelites were too dumb as compared to their intelligent "pre-adamic first parents" to understand any evolutionary theories as convincingly proclaimed today by those wearing a scientific garb.